Home Others Who will be the next Vivo love team endorsers?

Who will be the next Vivo love team endorsers? 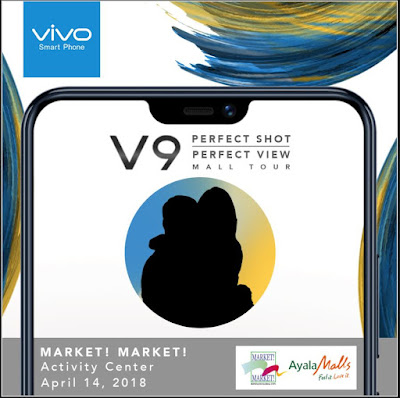 Top global smartphone brand Vivo is set to mount a Consumer Launch on April 14, 4:00 pm at the Market! Market! In Taguig City. The said consumer launch would set the stage for a big announcement, a revelation of the smartphone’s next local brand endorser.

Vivo in the Philippines is known for their hottest local brand endorsers collectively known as the Vivo Family. Headlined by celebrity royalties Daniel Padilla and Kathryn Bernardo, the Vivo Family is composed of the most influential stars in the local entertainment industry.

Just recently, the half of MayWard, Edward Barber, was launched as the newest member of the Vivo Family,
joining his other famous half May May Entrata, a Vivo endorser since last year. Vivo also has in its roster of
local brand endorsers Kisses Delavin and Tony Labrusca whose love team was launched just last year, now
collectively known as Kisston.

Because of Vivo famously signing up love teams as their brand endorsers, word is out that another celebrated love pair will join the Vivo Family this month. The said love team rumored to represent the Vivo brand in the Philippines has a steadily growing fan base and, just like MayWard, their love team began and grew at a reality TV show.

Vivo Philippines’ introduction of its new brand ambassadors coincides with the brand’s release of its latest flagship smartphone, the Vivo V9. The Vivo V9 is an artificial intelligence (AI) selfie camera with a 16 MP+5 MP dual-camera setup. Much like its predecessors, the V7 and V7+, the V9 also rocks a 24 MP selfie camera that comes with features like AI Face Beauty Natural Light, Studio Light, and Monochrome background which brings selfie-taking with the new Vivo smartphone several notches higher in the quality scale. Selfie-fans will also benefit in the ample phone display of the Vivo V9 as it could improve the overall composition of every photograph taken, with enhanced clarity and definition.
Others
Next article Next Post
Previous article Previous Post
‹ Newer Post Older Post › Home