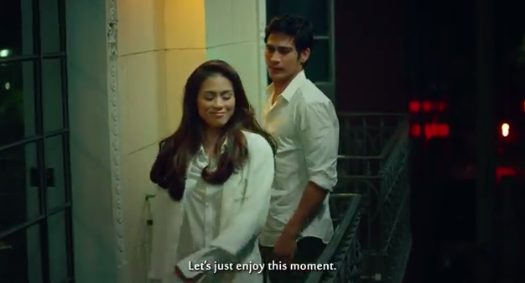 Star Cinema has released the first trailer of 'Last Night,' the reunion movie of Piolo Pascual and Toni Gonzaga.

The almost 3-minute trailer shows Toni as Carmina Salvador who meets Mark (Piolo) after they both saved a man from falling off onto the train tracks.

The two find themselves getting closer with each other, until, to their surprise, they find they're in love. Despite the situation, they agree to meet up one more time.


Directed by Bb. Joyce Bernal, 'Last Night' is slated to open on September 27 in cinemas nationwide.