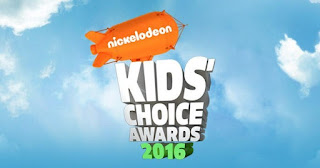 Four of the hottest stars have been nominated in this year's Nickelodeon Kids' Choice Awards.
Kapuso actress Maine Mendoza is competing for the Favorite Pinoy Personality category against Kapamilya actress Kathryn Bernardo as well as actors James Reid and Enrique Gil.

Cast your vote for your favorite local star as many as you can here: 2016 Nickelodeon Kids' Choice Awards.Winner will be determined based on the highest number of online votes.