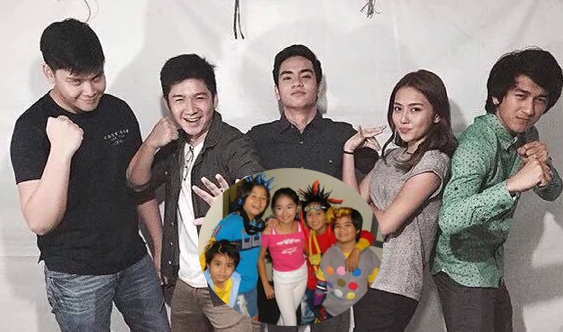 Makisig Morales, better known for his role as the title character in 'Super Inggo',was recently reunited with his 'babes' Kathryn Bernardo,who played as his love interest in ABS-CBN's hit fantasy TV series.


The former child actor has also met the other cast members and even struke a pose together as seen in his facebook account.