VIDEO: Arnel Pineda does 'Pabebe Wave' On It's Showtime 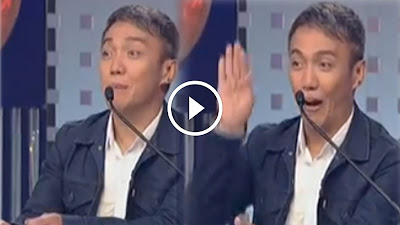 Well this is awkward. Arnel Pineda, one of the judges of It's Showtime's Clash of Celebrities
Grand Finals,did the Pabebe Wave' in the noontime program.

The lead singer of American band Journey left the hosts speechless after seeing him doing the wave popularized by the phenomenal love team of Eat Bulaga.

It all started when Vice Ganda talked to him about having a calm voice while giving comments to Sarah Lahbati's performance.In response, Arnel told Vice: 'Nagpapabebe lang',and then got himself into an awkies situation.