Angel Locsin,the most liked local celebrity on facebook, may lose more than 13 million followers after her fan page was hacked on Saturday.

The Kapamilya actress' profile and cover photos were apparently removed ,and her name was changed to 'Angel Kowts. 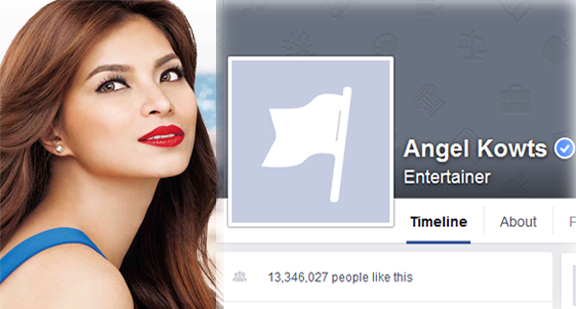