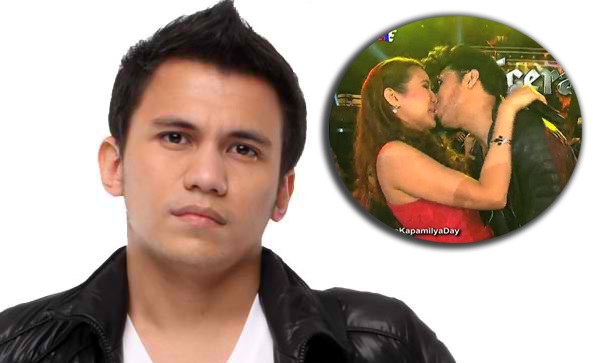 Spongecola vocalist Yael Yuzon has responded to some netizens who were disappointed over Vice Ganda's action to his wife Karylle during the sixth anniversary kick-off celebration of It's Showtime.


Vice Ganda,who was donning a rockstar look while performing, unexpectedly kissed Karylle twice on the lips.

In response to his tweet, Karylle's husband wrote:"I don't normally reply to these things but there is really no need to bash anyone. Live a life of love, focus on the good. :)"

Another netizen told him that he should control his wife and even said that her level of morality decreases after the incident.

@bromanceMD how backwards of you to think people should be controlled.
— Yael Yrastorza Yuzon (@yaelyraz) September 26, 2015