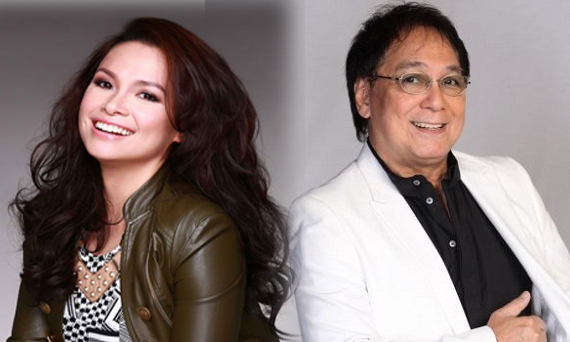 Lea Salonga was slammed by AlDub fans after she posted a tweet about 'kababawan' that some assumed as an indirect hit to Alden Richards and Maine Mendoza a.k.a. Yaya Dub.

Even Eat Bulaga's host Joey de Leon has no chill about it as he stepped in to defend the split screen loveteam of Eat Bulaga.

The veteran host made reference to the record-breaking tweets last Saturday,Sept 26,with the hashtag #ALDubEBforLOVE.

After Lea explained that she was not referring to 'AlDub' at all, Joey was quick to reply that she was seemingly throwing some shade at It's Showtime.

Uhmmm... I have no idea what's going on. Why did people assume I was tweeting about AlDub? I wasn't. I don't know about it. So why the hate?
— Lea Salonga (@MsLeaSalonga) September 26, 2015

See more of their tweets below:


Only now am I finding out that today was a significant day. I honestly had zero idea anything was going on! My tweet was pure coincidence!
— Lea Salonga (@MsLeaSalonga) September 26, 2015