VIDEO: Alden cries while singing 'God Gave Me You' for Maine 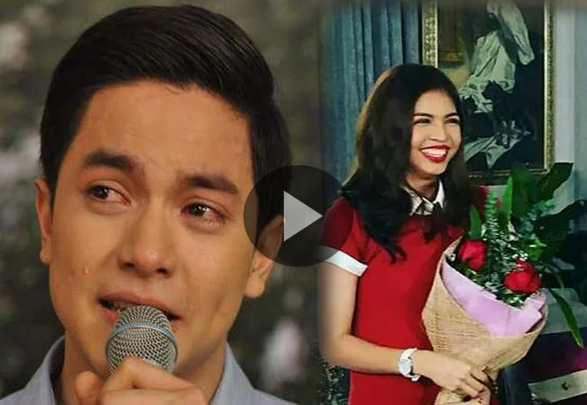 Alden Richards broke down into tears as he sang 'God Gave Me You' for his on-screen partner Maine Mendoza a.k.a. Yaya Dub during Eat Bulaga's Kalyeserye segment on Saturday.

The heartfelt rendition was one of Lola Nidora's conditions so that he could visit Yaya Dub at her mansion.

The episode has taken Twitter by storm as it garnered more than 20 million tweets with the hashtag #AlDubEBforLove,breaking the previous record of #AlDubMostAwaitedDate's 12 million tweets.