By CA 9/07/2015
There's no doubt that KathNiel and AlDub have been a consistent trending topic on twitter with millions of tweets being tweeted by their respective fans. 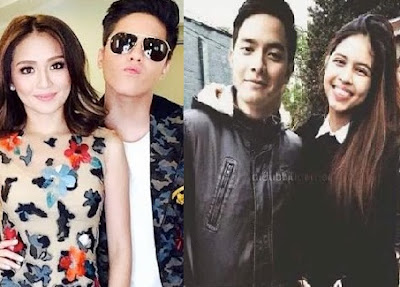 Indeed,KathNiel and AlDub are today's hottest loveteams ,but it seems like the latter already beats the tandem of Kathryn and Daniel after their fans set a new record on twitter with more than 5 million tweets,surpassing KathNiel's #PSYUnangHalik with only 2 million tweets.


There's no stopping Alden Richards and Yaya Dub as they hold the record for most tweeted hashtag (#AlDUBBattleForACause) in the Philippines. 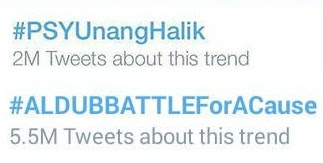