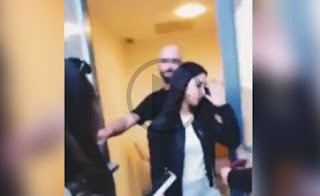 Julia Barretto was caught on video snubbing fans who kept calling her name as she made her way out of a building in London.

A video of the incident,which was uploaded to instagram on Tuesday,September 8,by user @carolina_fifteen, shows Julia making no effort to look at her fans,even giving them a simple smile or wave.

The Kapamilya actress just walked straight as if she had never heard of them.

Fans were quick to defend Julia that she was,perhaps,just tired or was in a rush at that time,but some fans were disappointed by how she treated her fans .