Home Movies WATCH: 'Just The Way You Are' Official Teaser

WATCH: 'Just The Way You Are' Official Teaser 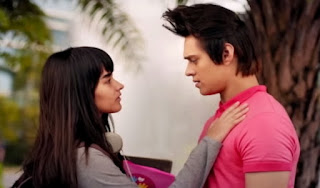 Star Cinema has released the official teaser of the much-awaited movie 'Just The Way
You Are' starring Liza Soberano and Enrique Gil.

'Just The Way You Are', the adaptation of Kimberly Joy Villanueva’s pop fiction book 'The Bet', follows the story of Drake (Enrique) who gets into a betting game with his best friend to make Sophia (Liza) fall in love with him within 30 days.When Sophia finally falls for him, Drake should tell her that everything was just a game.