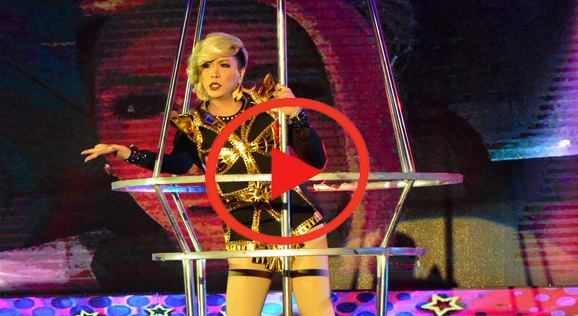 A 31-year-old impersonator of Vice Ganda,Daniel Aliermo,was hailed as the grand winner of  Ultimate Kalokalike Face 3 on Saturday, March 14, 2015 in ABS-CBN’s noontime show 'It’s Showtime' after he bested 14 other grand finalists of the show's  hit celebrity look-alike segment.

Daniel Aleirmo wowed the audience with his resemblance to the 'Unkabogable' star  Vice Ganda as he showed off a song and dance performance that concluded with a grand aerial stunt.

However,Katy Perry look-alike Melody Hodgson and Bruce Lee impersonator Jay Mago made it to the second and third place respectively.