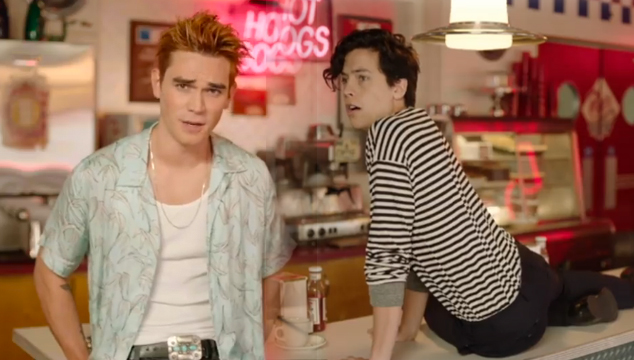 The cast took a break from their dark teen drama to act out some of the most iconic lines from Filipino films.

The video, which is part of the promotional campaign for their new season, has gone viral since it was posted on facebook.

In the video, Camila Mendes channels Cherrie Gil’s character in 'Bituing Walang Ningning' by giving a flawless delivery of her line.

But, nothing compared to Cole Sprouse spoofing the iconic Filipino superheroine Darna with a higher pitched voice.