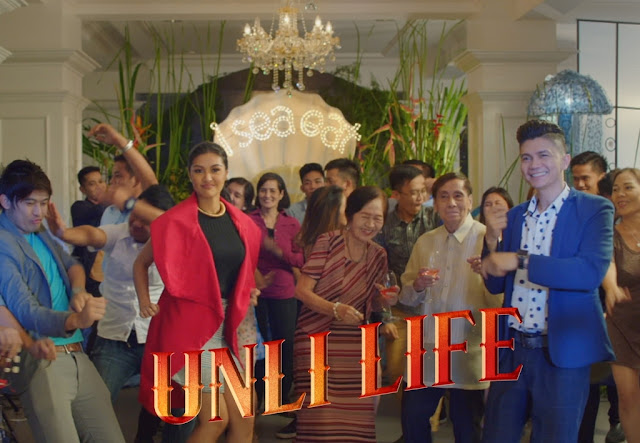 Just last year, Vhong entertained the audience with two comedy films, : Mang Kepweng Returns and the blockbuster hit with Lovi Poe from Regal Entertainment, Woke Up Like This.

With Unli Life, the talented comedian is sure to tickle our funny bones once more with his impeccable comic timing and witty dialogues.

Having been in the industry for 26 years, Vhong has made his mark in comedy genre and his comedic flair for likened to that of Hollywood star Jim Carrey.

In Unli Life, Vhong portrays (name of character), who is given a chance to mend the breakup with his girlfriend, played by Teresita Ssen “Winwyn” Marquez, by going back in time through the help of a magic whiskey, called “wishkey.”

By drinking “wishkey,” (name of Vhong's character) is transported in different time periods, such as the Dinosaur Era, Magellan, and the '70s Era, in an effort to correct his mistakes and prevent her girlfriend from breaking up with him in the current time.

After making the country proud by being the first-ever Filipina contestant and eventually crowned Reina Hispanoamericana 2017, Unli Life marks Teresita's comeback to acting.

Teresita, together with her fellow beauty queens from Miss World Philippines, signed up with Regal Entertainment, Inc. last October 2017.

Unli Life also marks Teresita's first major role and as a leading in the movies.

His credentials include being the writer and director of the 2013 indie film Blue Bustamante and as a writer for number of television series.