By CA 4/19/2018
Filipinos and locals alike in Canada’s east coast had an exciting Easter treat as Jollibee opened its first store in the Greater Toronto Area in early April.

On Saturday evening—hours before the grand opening—hundreds of Filipinos already camped- out in front of Jollibee Scarborough, located at 15 William Kitchen Road, eager to step inside the store to savor a taste of home.

Jollibee Scarborough is the Filipino fast-food chain’s third store in Canada and the 40 th store in North America. Here, residents can savor the crispylicious and juicylicious Jolly Crispy Chicken (more popularly known as Chickenjoy here in the Philippines), the tastiest and meatiest Jollibee Spaghetti, Palabok Fiesta, and the golden-brown Peach Mango Pie, among other langhap-sarap treats.

No less than Jollibee welcomed Filipinos to the store, including its very first customer, Paul, who looked forward to enjoying the Jolly Crispy Chicken for the first time in six years. “For us, nothing brings greater joy than to bring people together over great-tasting food and happy moments. We are excited to bring to Scarborough the popular dishes that many now enjoy in different parts of the world,” said Jose Miñana, Jollibee Foods Corporation (JFC) group president for North America.

“We look forward to bringing a familiar ‘taste of home’ to our countrymen in the Greater Toronto Area. Many may not know that this area is home to the largest Filipino community in Canada! And we won’t stop here – another location in Mississauga is in the pipeline for the year,” said Beth Dela Cruz, Jollibee North America vice president and general manager. Jollibee Foods Corporation is currently the largest Asian food service company, operating in 16 markets, with over 3,800 stores globally, of which 1,272 are Jollibee brand stores. The company’s aggressive expansion plan in North America is part of its overarching goal to be among the top five restaurant brands globally.

Follow Jollibee Canada’s official Facebook page to get updates on the much-awaited opening
of Jollibee in Toronto https://www.facebook.com/jollibeecan/ 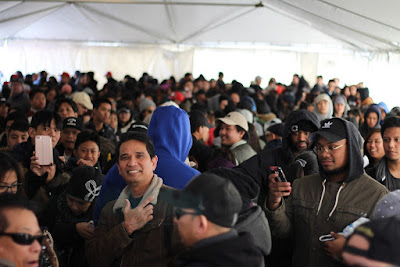 Filipinos spent the eve of the Jollibee Scarborough grand opening exchanging stories of how
they miss their families and the taste of home. 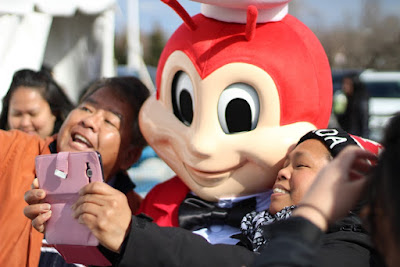 Filipinos who waited through the night were surprised to see Jollibee welcoming them as
Jollibee Scarborough finally opened its doors. 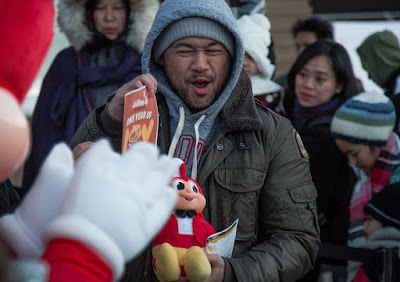 A Filipino gets a collectible Jollibee plush doll for being one of the first 100 customers. 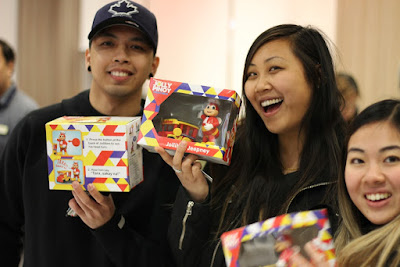 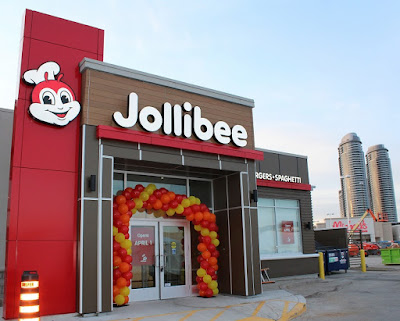