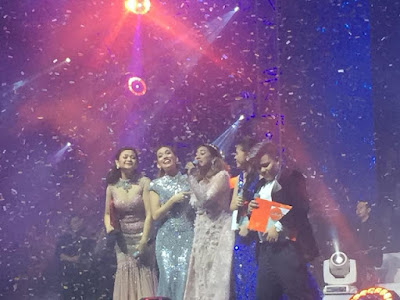 The 24-year-old supply chain coordinator, who earned a spot in the finals after winning in the wildcard round, bested other finalists Carmela Ariola, Kimberly Baluzo, Hacel Bartolome, and Louie Anne Culala.

She took home Php 2 million worth of cash and contract, house and lot, and a brand-new car. She will also be flying to New York to receive a makeover package from acclaimed stylist Richie Rich, and undergo a
two-week extensive musical training with award-winning stage director-writer Joe Barros.

Carmela Ariola and Hacel Bartolome, who were announced third and fourth runners up respectively, bagged Php 100,000 each.