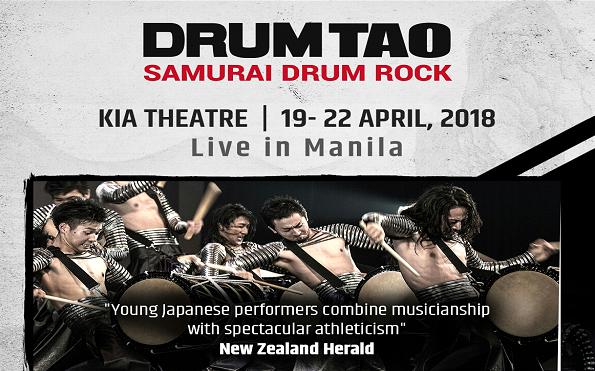 “DRUM TAO – SAMURAI DRUM ROCK”, the return of the Japanese troupe with a spectacular new show on April 19th – 22nd, 2018 at the Kia Theatre, Quezon City.

After playing to audiences of more than 7 million, in 400 cities in 23 countries that include Switzerland, Denmark, Israel, USA, Australia, Spain, Belgium, UK and Germany, critically-acclaimed Drum Tao, will explode onto the Manila stage with its eclectic mix of dance and martial arts as the dynamic and innovative Japanese performers beat their Wadaiko Drums.

Drum Tao is world class entertainment at the highest level.  It is an innovative contemporary Japanese production that has thrilled audiences with this ground-breaking presentation and one-of-a-kind show.

The two-hour extravaganza features super human efforts by the highly disciplined crew of Japanese Taiko drummers, who spend eight months of the year touring the world, giving it their all in the 500 shows they perform a year.

Audiences will be captivated by an evening of rhythm, beats, melody and extraordinary precision which is inspiring, uplifting and theatrical. Tickets on sale today! 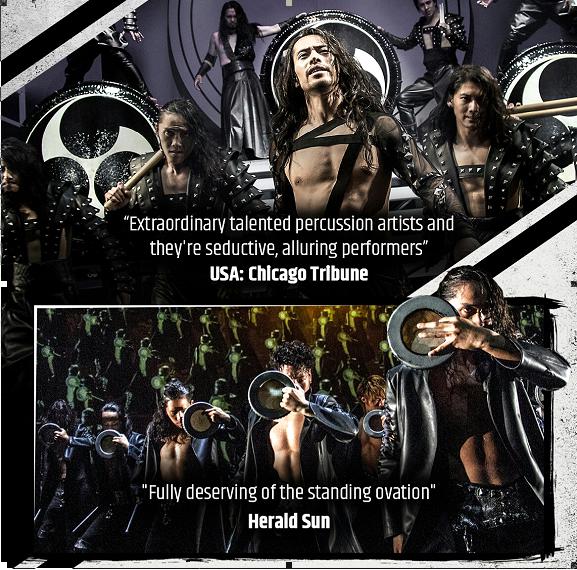