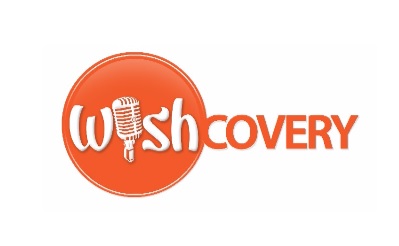 Wishcovery (Your Road To Stardom Starts Here!) is Wish 107.5’s online singing competition
launched in September 2017. Tagged as the newest of its kind, this competition aims to
discover aspiring musical talents with exceptional voices and star-like charisma from across the
country.

New episodes air every Saturday at 9 PM PHT on the Wish 107.5 YouTube channel, which
currently has 2.2 million-strong subscribers.

The first-ever Wishcovery grand winner will win Php 2 million worth of cash and contract, a
house and lot, a brand-new car, a makeover package, and a round-trip ticket to New York plus a
two-week extensive musical training.

From the original 20 singing hopefuls - collectively known as the Wishful 20, Wishcovery
showcased weekly vocal battles on board the Wish 107.5 Bus. Scores were determined through
a week-long power viewing component (15%) and through the resident reactors’ cumulative
scores (85%).

The original 20 were trimmed down to the four contenders who will vie in the grand finals on
March 27 at the Smart-Araneta Coliseum.

Meanwhile, the eliminated Wishfuls were given the chance to return for the competition’s wild
card round. The winning contender has earned the fifth and final spot in the grand finals.

Before the finale, the Wishful 5 -- the moniker for Wishcovery’s grand finalists -- had the
opportunity to hold mini-concerts in their respective hometowns. The show featured up-and-
coming artists in their area, as well as established acts like Jireh Lim, Shamrock’s Marc Tupaz
and Jayson Fernandez. Kris Lawrence served as the hometown show’s host.

The event was broadcasted via Facebook Live on Wish 107.5’s official Facebook page.
Apart from the mini-concert, the Wishful 5 were also given the opportunity to grant the wishes of
their chosen beneficiaries.

To let the Wishers and their respective fans get closer to the Wishful 5, Wishcovery held a Live
Chat via Wish 107.5’s Facebook page every Sunday at 6 PM PHT in February.
Hosted by Kris Lawrence, the Live Chat served as a fun and interactive platform wherein the
online audience were able to throw questions, ask for song wishes, and request for shout-outs
from their favorite grand finalists. 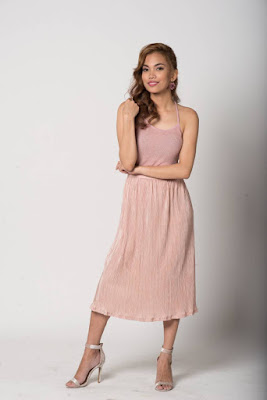 Fondly called as “Carmi” by her loved ones, Carmela Ariola is an Israel-born singer, songwriter
and multi-instrumentalist.
The 21-year- old artist, now based in Batangas, grew up listening to the music of Whitney
Houston, Celine Dion, and Regine Velasquez-Alcasid. Her parents first discovered her singing
ability when she was only three. But according to her, it was when she turned eight that she felt
the passion to pursue music.
Though she is into pop, ballad and soul, she is still exploring other genres that she can perform.
She believes that an artist must continuously grow, especially with the unceasing coming in of
new and aspiring talents.
It has been her childhood dream to become a well-known artist, not only to share music but also
to serve as an inspiration to people. She is a firm believer that her ultimate and true purpose as
a musician is to “touch hearts and souls.” 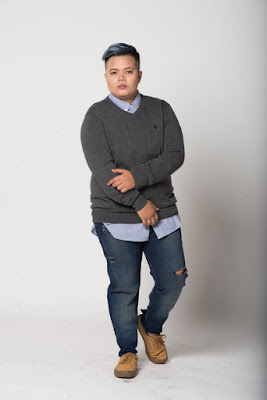 Hacel Bartolome is a band vocalist from Cavite City. According to her, she is the only one who
is musically inclined in their family.
She recalls that as early as the age of five, she is already singing 4 Non Blondes’ “What’s Up”
while playing a guitar toy. The pivotal moment that further motivated her to perform was when
her Grade 3 teacher heard her sing “This I Promise You” and told her that she has a great voice
that needs to be shared with others.
The 27-year- old singer-guitar player is a fan of ballad, slow rock, and pop music. Her musical
influences are Regine Velasquez-Alcasid and Bruno Mars.
She aspires to perform a duet with Aiza “Ice” Seguerra, have her own album, and stage a solo
concert in iconic venues such as the SMART-Araneta Coliseum and the Mall of Asia Arena.
However, her ultimate wish as a musical artist is “to gain respect in spite of her sexual
orientation and receive undying support not only from the LGBT community but from all the
listeners who believe in her God-given talent.” 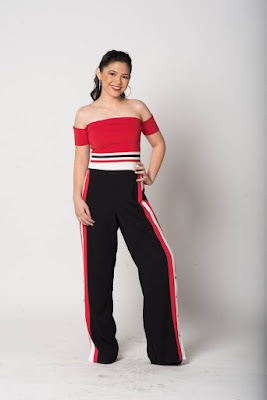 Nineteen-year- old Kimberly Baluzo is currently a senior high school student based in Daet,
Camarines Norte.
She was only three years old when her parents discovered she could sing. But apart from
showing off her musical chops through her favorite genres -- pop-rock and R&amp;B -- she also
dabbles into songwriting and playing musical instruments such as guitar, ukulele and flute.
Her musical heroes and dream future collaborators are British pop star Jessie J, and world-
class OPM acts Sarah Geronimo, KZ Tandingan, and Julie Anne San Jose.
Asked about her ultimate goal as a singer, she wishes to have a solo concert, release an album,
serve as an inspiration to others, and be of help to the less fortunate especially the abandoned
children. 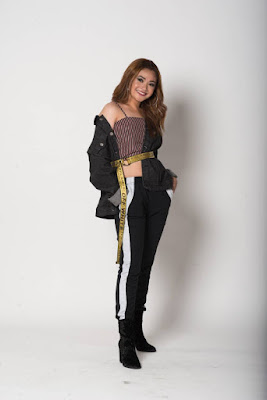 Louie Anne Culala hails from San Ildefonso, Bulacan, a province north of Manila. She is a
graduating college student taking up a Bachelor of Arts in Tourism Management.
Encouraged by her family and friends to sing, she first discovered her gift of music during her
grade school years.

Her roster of musical influences includes her father, and OPM stars such as Regine Velasquez-
Alcasid, Gary Valenciano, Dulce, Lea Salonga, Sarah Geronimo and Morissette. When it comes
to the international music scene, she looks up to Whitney Houston, Jennifer Hudson, Beyonce,
Bruno Mars, and Tori Kelly -- whom she wishes to do a collaboration with.

She also lists guitar- and piano-playing as part of her musical skills.
The 20-year- old songstress ultimately dreams to make it to the global music arena, and release
self-penned albums. 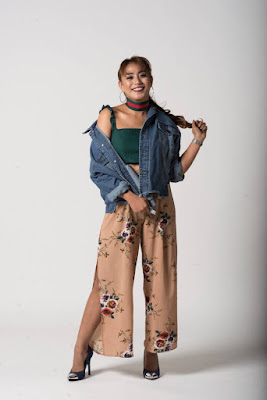 Princess Sevillena, 24, has been singing since the age of three. A supply chain coordinator
based in the bustling city of Makati, she is also into songwriting, guitar-playing, and beatboxing.
According to her, it was her family and her best friend who first told her to pursue a career in
music. Her favorite genres include pop, ballad, R&amp;B and gospel music.
She regards the Asia’s Songbird, Regine Velasquez-Alcasid, as her ultimate musical hero. It is
her dream to do a collaboration with her, as well as with one of the most versatile acts in the
Philippines -- Mr. Pure Energy, Gary Valenciano.
She also looks forward to level up her skills not only in singing but also in playing instruments.
As an artist, she is driven by her goal to become a living testament to the mantra that “waiting
patiently and praying fervently will lead you to the best that you can be.”
Next article Next Post
Previous article Previous Post
‹ Newer Post Older Post › Home