Home Others Inigo Pascual, DJ Moophs have a summer hit on their hands with “OMW”

Inigo Pascual, DJ Moophs have a summer hit on their hands with “OMW” 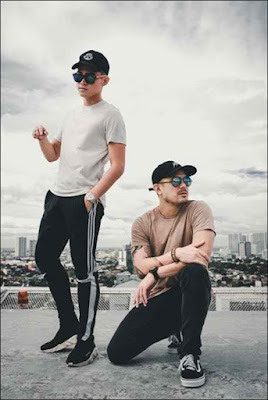 Spring may have officially started in the U.S. though it still feels like winter in most places.  But with the latest collab track dropped by Billboard Philippines Top 20 chart-topper Inigo Pascual and DJ and music producer Chris Lopez a.k.a. Moophs, expect the duo to fan the flames of summer heat from the Philippines and bring it to American shores with their new single, “OMW (On My Way)”.

This is not the first time that Pascual and Moophs have worked or performed together.  Both are coming off the high profile success of “One Music X” last November in Dubai, UAE which turned out to be one of the biggest music festivals of the year in the Middle East.  Just last weekend, the two also performed at the prestigious Coronation Night of the Bb. Pilipinas beauty pageant held at the historic Smart Araneta Coliseum in Metropolitan Manila.

When “OMW” debuted on YouTube on March 15 with hardly any publicity and promotions, it immediately garnered tens of thousands of views, scores of likes and positive comments.

“When I wrote ‘OMW’, I tried to put myself in the shoes of my 21-year old self, since that’s where Inigo’s at now,” said Moophs. “What was my mindset 10 years ago? What was I worried about and what was I doing on the daily? I definitely wasn’t the young superstar at 21 that Inigo is today! But I think a lot of the driving forces are ultimately the same: girls, music, finishing school, and having a good time with friends. I tried to write the song from that perspective: you wake up a little groggy from a fun night, get a text from your girl, and head over to her place. Simple!” 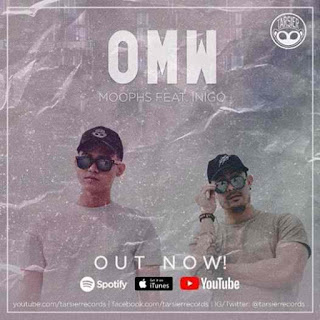 Moophs continued: “The vibe of the production for ‘OMW’ came from a blend of my tastes and Inigo’s. I tried to keep it lighthearted and accessible with a drop that’s fun but still slaps. ‘OMW’ is your twenty-something summer anthem.”

While based in the Philippines right now as ABS-CBN’s International Music Content Officer and head of the Tarsier Records imprint, which was launched by Manila-based recording giant Star Music for international audiences, Moophs shares the Los Angeles feels and vibes with Pascual because both of them lived for years in the City of Angels.  Both have been exposed to the breadth of musical influences in the world’s seat of entertainment.  When Pascual returned to the Philippines to try it out as an actor and singer, his first big break in music came when he composed and recorded “Dahil Sa ‘Yo” (Tagalog phrase that means “because of you”). The song jumpstarted his career as a recording and live performing artist as it became the first number one song on Billboard Philippines’ Top 10 Charts at opening, then holding the top spot for nine weeks.

Currently, Pascual’s music resides in the genres of Pop and R&B. “I want to create music that helps people express their unspoken emotions; music that takes them back to a specific time in their lives, an anthem of sorts for a generation: music that gets people to dance, and entire stadiums to sing and shout,” he said.

Check out “OMW (On My Way)” from Tarsier Records on YouTube and Spotify.