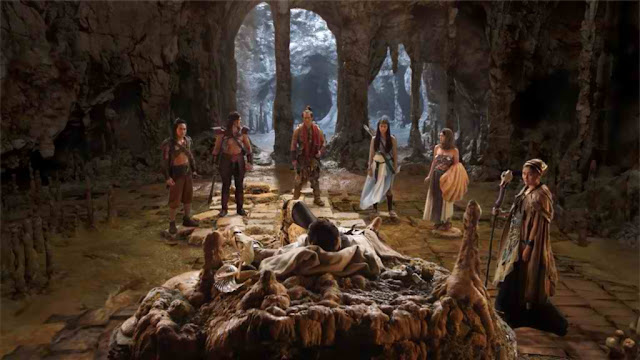 In the episode that aired last Friday (Mar 23), “Bagani” scored a national TV rating of 34.7% from combined urban and rural homes, beating “Kambal, Karibal” that only got 16.9%, according to data from Kantar Media.

Avid fans tuned in how Apo gave Dumakulem (Makisig Morales) the ‘arnis ni Liwliwa,’ which can bring to life anything in the land, and gave Mayari the ‘kalasag ng Kataw’, which can protectthe people of Sansinukob

Meanwhile, he gave Lakam the ‘palakol ni Bernardo Karpio’ that candestroy anything even mountains, while he bestowed to Ganda the ‘pana ni Makiling’ to Ganda that can kill opponents  at any distance.

Lastly,Lakas received the ‘espeda ni Minokawa,’ which can him extraordinary strengths and speed in battle.

The five haven’t even fully maximized the use of their weapons yet when evil once again lurks in the person of Ama (Robert Sena), Lakam’s father.

What evil plan is he plotting against the Baganis?