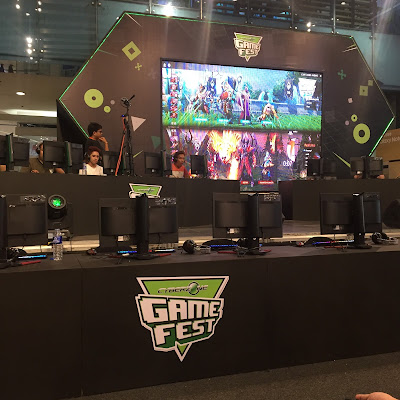 Cyberzone Kicks off March with the launch of Cyberzone Game Fest 2018, the much-awaited gathering e-gamers and enthusiasts in select SM malls across the country. Apart from discovering the latest on gaming trends and hardware, participants can experience first-hand the hottest gaming gadgets! 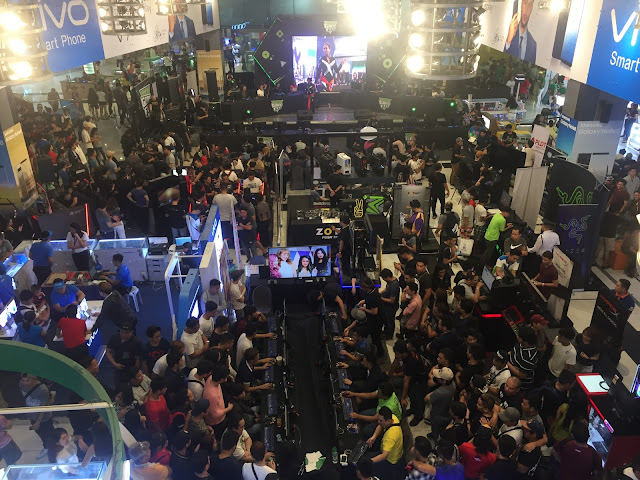 Recently at SM City North Edsa the Cyberzone technology and lifestyle hub centers are full blast with the gamers who wants to join and participate to Game Fest 2018.

As part of SM's #LetsPlayNotAtSM campaign, this year's Game Fest brings to participants the first Battle Grounds event, where gamers can join Defense of the Ancients (DOTA) 2 and Mobile Legends tournaments for a chance to win amazing prizes and get freebies. There are also the Crossfire and Special Force competitions to be hosted by Gameclub and Playpark respectively.

On March 3, happening only at the Cyberzone Game Fest 2018 launch in SM city North Edsa is the Game Masters Meet-up, where participants can get tips and the chance to play with pro players and personalities that include Nico "Kuya Nic" Nazario and Julius "Julz" De Leon. Kuya Nic is well-known e-sport celebrity and caster from WomboxCombo, while Julz is a celebrated DOTA player who have competed in tournaments abroad.

No matter what your tech interest is - whether it be e-sport, gaming, virtual reality, music, or photography - there will be something for you at Cyberzone!

For exclusive news about SM Supermalls, visit www.smsupermalls.com or follow SM’s official social media accounts on Facebook, Twitter and Instagram; and get an insider access to all the fun happenings at SM Supermalls nationwide through SM’s Viber Public Chat. Tweet your thoughts, upload and share your photos about your memorable moments at SM, then use its official hashtag #EverythingsHereAtSM.