'Bridges of Love' and 'The Legal Wife' air on Thai TV 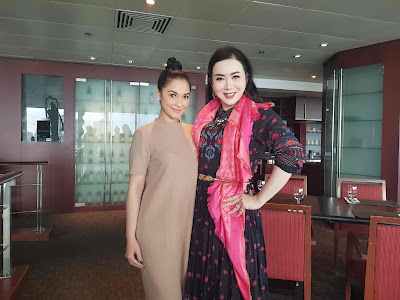 Two of the Philippines’ top rating and most successful primetime dramas, “Bridges of Love” and “The Legal Wife,” have started airing on Thailand’s biggest TV network, JKN.


“We chose to air ‘The Legal Wife’ in Thailand because the content of the series resonates with Thai family and culture,” said Anne Jakkraphong Jakrajutatip, CEO of JKN Global Media Public Company Limited.

“’Bridges of Love,’ meanwhile, was chosen because of its intense storyline and the interesting dynamics of the lead roles in the series. This gives Thai viewers a new taste of entertainment,” she added.

Anne also shared that JKN Global even produced Thai soundtracks for the Thai audience to easily connect with both dramas.

“Bridges of Love,” topbilled by Asia’s drama prince Jericho Rosales and award winning actors Paulo Avelino and Maja Salvador, tells the story of brothers Gael and Carlos who were separated by an unfortunate incident when they were young and crossed paths many years later as two different individuals competing for the love of one woman, Mia.

“Bridges of Love” marked the entry of Filipino content in Latin America when it aired in Peruvian TV station, PanAmericana.

Meanwhile, “The Legal Wife,” topbilled again by Jericho this time with International Emmy Awards-nominated actress Angel Locsin, follows the story of couple Adrian (Jericho) and Monica (Angel) and how the former’s infidelity slowly destroyed their marriage.

The series was well received by viewers nationwide as it enjoyed high TV ratings and even sparked discussions on marriage and infidelity. The show’s talked about catfights and dramatic scenes also went viral online, with fans creating their own parodies and memes.

ABS-CBN’s content, popular for its heartfelt Filipino stories, is made available across other territories through ABS-CBN International Distribution, recognized in the global arena as a reliable foreign content provider. It has been a premier source of high quality Filipino programming in over 50 territories all over the world and has sold over 30,000 hours of content worldwide. Living up to this recognition, ABS-CBN International Distribution commits to add to its line-up of high-caliber programs and movies with cast and storylines that appeal to various cultures.
TV Shows
Next article Next Post
Previous article Previous Post
‹ Newer Post Older Post › Home