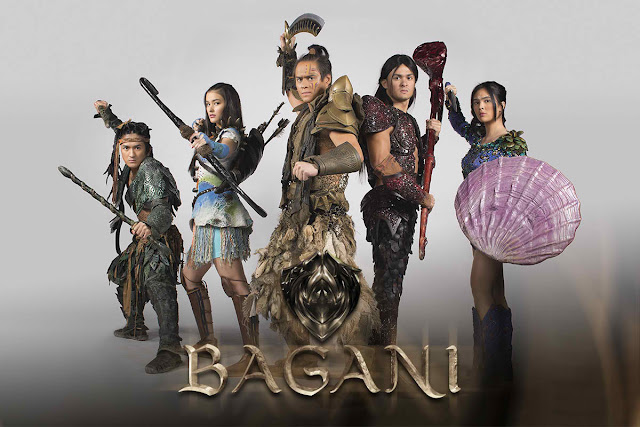 Unleash the hero within and embark in an epic adventure inside a world where courage, resilience, justice, hope, and love prevail beginning this Monday (Mar 5) as ABS-CBN premieres its newest and highly anticipated fantaserye “Bagani.”

Topbilled by Liza Soberano, Matteo Guidicelli, Sofia Andres, Makisig Morales, and Enrique Gil, follow the journey of Lakas from the desert region, Ganda from the farm region, Lakam from the trade region, Dumakulem from the forest region, and Mayari from the sea region, normal individuals suddenly turned heroes of Sansinukob.

Each one of them has a particular skill that makes them a cut above the rest. Apart from their skills, they also possess good hearts that are willing to sacrifice even themselves for their families and for their people. That is why Apo, the benevolent and wise deity of Sansinukob, bestowed on them powerful weapons— ‘espada ni Minokawa,’ ‘pana ni Makiling,’ ‘palakol ni Bernardo Karpio,’ ‘arnis ni Liwliwa,’ and ‘kalasag ng Kataw’—  they need to become Baganis and battle the evil forces of the Sarimaw.

Will the Baganis succeed in ther mission to protect and restore peace in Sansinukob?