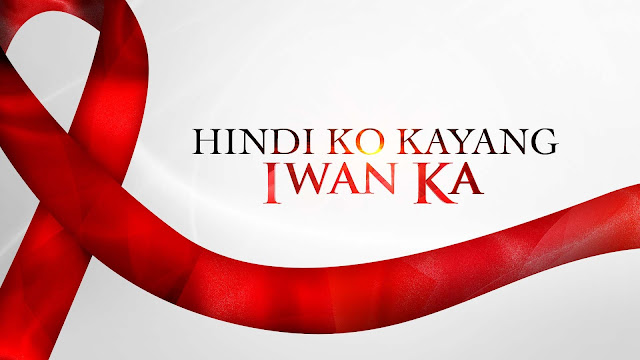 This Afternoon Prime soap, which tackles one of the most serious and fatal diseases in the world, brings to light the struggles of a woman who is HIV positive and how she battles her own frailties and demons in life.

Yasmien breathes life to Thea Balagtas, a simple provincial girl with a promising career as a public accountant. She falls in love with Marco and marries him. Eventually, they are blessed with fraternal twins whom they love very much.

Martin is Lawrence De Leon, Thea's college friend from a well-off family. Secretly, he is in love with her even though he dates a lot of women and develops HIV (Human Immunodeficiency Virus) from this.

Jackie is Ava Imperial, Marco's beautiful and socialite ex-girlfriend. She shuffles to and from the United States for pleasure and business. Even though she flirts around, she is still bent on settling with Marco.

Mike is Marco Angeles, a handsome and charming lad who falls in love with Thea and marries her despite his mother's refusal. He remains independent and grounded even though he was born rich.

Hindi Ko Kayang Iwan Ka follows the life of Thea who, after marrying Marco and raising their fraternal twins together, her blissful life shatters when she tests positive for HIV. Without knowing who she got it from, Marco is led to believe that she cheated on him and files for legal separation, taking their kids with him. Her disease worsens and she loses her will to live. But when she unexpectedly meets her daughter a few years later, she finds it in herself to fight more than just HIV--her greatest opponent, herself.

Joining them in this ground-breaking project are multi-talented and versatile artists: award-winning film actress and TV director Gina Alajar as Adelaida Angeles, Marco's elitist and territorial mother who always resorts to schemes in order to get what she wants; Shamaine Buencamino as Magda Balagtas, Thea's superstitious mother who will fight with her through and through; Charee Pineda as Anna Balagtas, Thea's older sister who deeply cares for her mother and sibling; Ina Feleo as Sofia Angeles, Marco's older and principled sister who is a doting aunt to the twins; Mike "Pekto" Nacua as Tantoy Cruz, Thea's cousin who will fight for her; Catherine Rem as Olga Cruz, Thea's feisty cousin who works and resides in Manila; Caprice Cayetano as Angela Angeles, the daughter of Thea and Marco who grows up as a daddy's girl; Seth Dela Cruz as Maurice Angeles, Thea and Marco's son among the fraternal twins.

The series aims to raise HIV awareness and educate viewers on its effects upon a person's life through an intriguing drama--that even in our weaknesses, strength can be found if we only rise and have the courage to fight for our loved ones and ourselves.