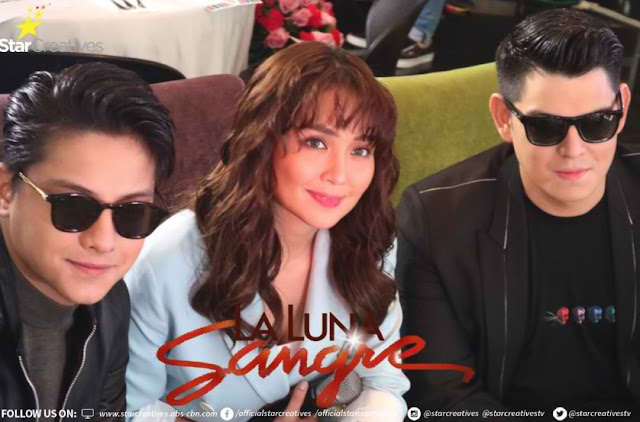 As the dreaded apocalypse nears, can Tristan and Malia use love as their ultimate weapon to defeat Sandrino (Richard Gutierrez) in the upcoming finale of ABS-CBN’s hit fantasy action series “La Luna Sangre?”

Tension continues to rise in the show’s last two weeks especially after Sandrino discovered that Tristan had betrayed him and sided with Malia once more. Now, the Supremo must do everything he can to stop his brother from putting all his efforts in vain. Tristan, meanwhile, remains confident that he will emerge victorious in the end together with his love, Malia.

Since the beginning, Malia has always had the heart to love and serve as the ‘bagong itinakda.’ She did her best for her family and for her kind and continued to fight in the name of justice and for peace. Malia defied fate when she still chose to love and be with Tristan, even if the prophecy said that he will become her arch enemy.

Meanwhile, Tristan may have succumbed to bitterness and hate once, but his heart remains pure and loving. Love has always motivated him to work hard and provide for his family. It was also because of his love for his father that he joined the Moonchasers and completely entered the world of werewolves and vampires.

“La Luna Sangre” is the third installment of the hit ‘Imortal’ trilogy. The show is one of the most watched programs in the country on weeknights and one of the most talked about on social media. It even extended viewers experience online by creating a spin off web series on iWant TV titled “Youtopia,” the Moonchasers.ph website, and the “La Luna Sangre” filter and game apps.

The show may be ending soon but fans can still keep the “La Luna Sangre” fever by buying exclusive merchandise at the ABS-CBN store.