Home Others Dionne Warwick Valentine Concert and other concerts at Solaire

Dionne Warwick Valentine Concert and other concerts at Solaire 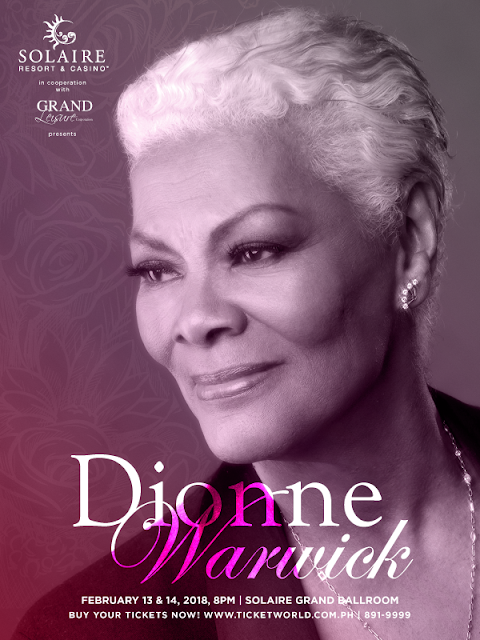 Even if she’s had her share of Grammy trophies and triumphs, Billboard achievements, and a great number of popular ballads, Dionne Warwick humbly declares, "The word or label 'Diva' is an operatic term and I do not sing opera, therefore I cannot and do not accept being called as such."

She is revered as a singing legend and popular music icon, who to many of her admirers is gifted with a melodic and soulful voice. Her songs continue to touch the hearts of people who believe in romance, love, friendship, and forever.


On February 13 and 14, 2018 at the Grand Ballroom of Solaire Resort and Casino, the charismatic chanteuse headlines a two-night concert.

"I've been to Manila several times...Manila audiences are wonderful, they have always seemed to enjoy my show," says the singing legend.

For her Valentine concert, people will get to enjoy, "Songs I am expected to sing and a few surprises…it will just be two nights of wonderful musical evenings."

Be ready to be enthralled and mesmerized when you hear her famous songs such as “Don’t Make Me Over,” “Walk On By,” “Do You Know The Way to San Jose?,” “Alfie,” and “I’ll Never Love This Way Again” and other signature songs.

She shares, "All of my songs are close to my heart as they are like my children. The success of these songs; I attribute both to the wonderful composers and lyricists."

What are the ingredients for a great song? Warwick replies, "Lyrics first, as I must believe in the words I sing, and of course, a memorable melody."

For Bacharach, Warwick is "A woman who has a tremendously strong side and a delicacy when singing softly--- like miniature ships in bottles.”

Warwick received her first Grammy in 1968 for “Do You Know the Way to San Jose?” and her second in 1970 for “I’ll Never Fall In Love Again.”

In 1985, Warwick contributed her voice to the multi-Grammy winning song “We Are The World” which also spent four consecutive weeks at number 1 on the Billboard Hot 100 chart. On the same year, she recorded the American Foundation for AIDS Research benefit song “That’s What Friends Are For” with Stevie Wonder, Elton John, and Gladys Knight.

To Bacharach, David and the multitude of people she had the pleasure of working with, Warwick enthuses, "I am forever grateful."

To newcomers in the industry, her advice, "Be true to yourself and what you want...if you can think it, you can do it."

"I am truly looking forward to coming again to Manila and I do hope all of you will be at the concert to enjoy," says Warwick.

We know we will never love this way again, that is why this season of romance, be part of “Dionne Warwick: A Valentine Concert” to be held on February 13 and 14, 2018 at the Solaire Grand Ballroom.

For tickets, please visit solaireresort.com or call Ticketworld at 8919999.

Other concerts at Solaire: 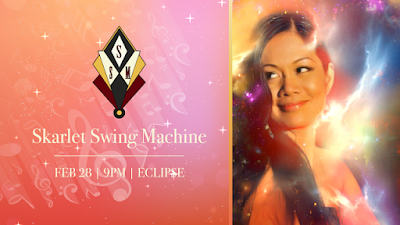 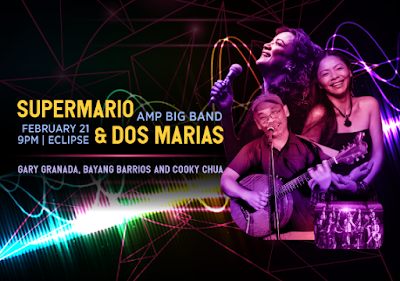 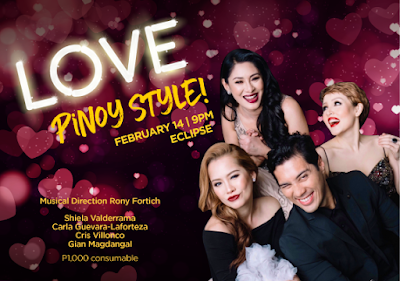 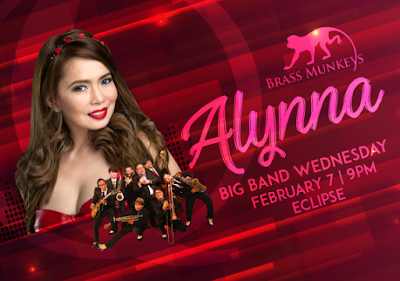