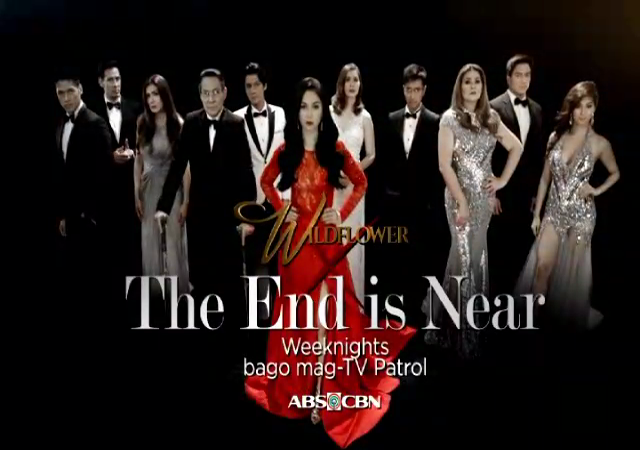 ABS-CBN’s hit primetime series “Wildflower” finally revealed that TEN stands for “the end is near,” giving viewers a hint that the show’s finale is just around the corner.

The cast was next seen carrying invisible weapons and firing at different directions that ended with lead star Maja Salvador declaring “Giyera na ‘to.”

Fans were quick to react on social media and expressed how much they will miss “Wildflower,” even though the show did not mention a definite date for the finale.

“I can’t accept the fact that ‘The End is Near.’ My most loved drama is on its way to the end. I’ll also miss the everyday outfit of @dprincessmaja I kennat.” shared @ownlydyanri_.

“I can’ take #WildflowerTEN I don’t want ‘Wildflower’ to end. I am not ready yet!” expressed @iammarifhelts.

After Raul’s death, Emilia is fired up to kill Camia and Lily. Next week, Emilia and Lily will face off and try to outsmart each other after having respectively held each other’s mothers captive.