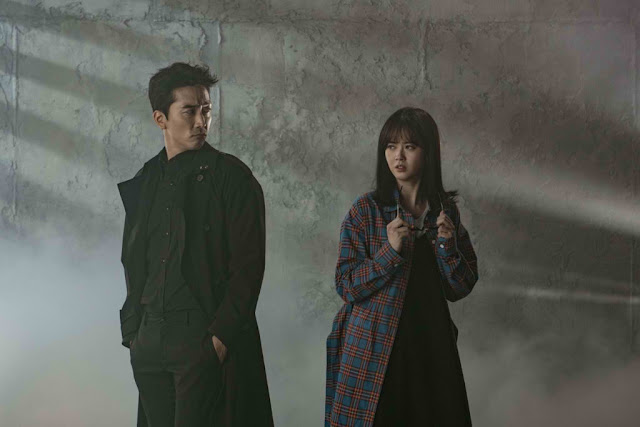 Love takes a new color in primetime as the much-awaited Korean fantasy thriller “Black” premieres on ABS-CBN this Monday (Jan 8).

Topbilled by Korean stars Song Seung-heon from “When a Man Falls in Love” and Go Ara from “Hwarang,” “Black” features the intertwined stories of Sarah, a woman who can foresee death; Marlon, a detective determined to save and protect lives; and 444, a grim reaper, and how they get enmeshed in matters of life and death.

Sarah has always known that she is special. She has the ability to see the shadow of death as it lurks near the soul it is about to claim, and can even see how the person will die.

One day, she crosses paths with detective Marlon Han, who discovers her special gift. Marlon offers her a partnership so that they can put her ability to good use and save people from the brink of death, which the latter agrees to.

Meanwhile, in a parallel universe, a grim reaper escapes and turns into a fugitive, hiding inside a mortal’s body. In their world, grim reapers can inhabit a human’s body shortly after it died.

Determined to bring his buddy and partner back, grim reaper 444 possesses the body of a person who just died after being killed— detective Marlon.

A mysterious and exciting journey begins for 444 in the mortal world that opens doors to his forgotten past and even opens his heart to one woman who will captivate it, Sarah.

How will 444 accomplish his mission as detective Marlon? What will happen to him once he falls for a mortal, which is a serious violation in the grim reaper world? Will Sarah fall for him as well? Will 444 also figure out who killed detective Marlon?