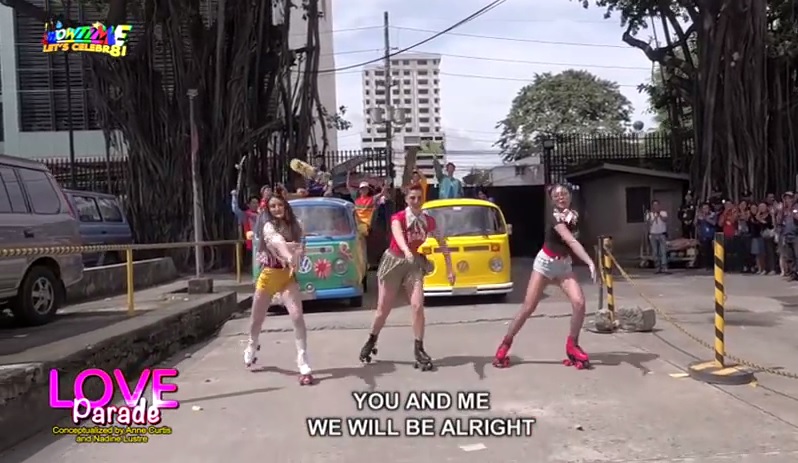 The team of Anne Curtis, Ryan Bang, and Nadine Lustre spread good vibes while inviting madlang people to join their “love parade” in a highly synchronized and colorful performance captured live in one continuous shot.

Anne said love, unity, and happiness was the message of their performance, which also marked the first time she and Nadine showcased on television their roller skating skills.

She shared that they also made Ryan the star of the show. Ryan rapped an original material in Korean and also conquered his fear of heights by taking off into the air using balloons at the end of their performance.

Netizens also echoed Janno’s remarks and were unanimous in their praise for Team Anne-Ryan-Nadine’s performance. Here are some of their tweets: