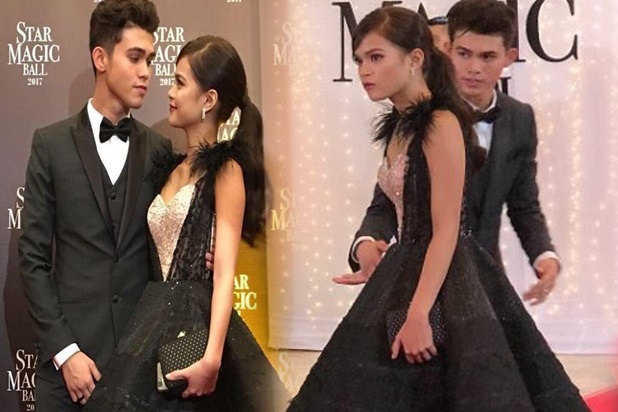 Not for the first time, Maris Racal's photo has been turned into a meme by some netizens. But this time, the ASAP BFF5 member just laughed it off and even joined in the fun.

The photo appears to show her getting angry at someone (Perhaps it was because of the red stain on her gown) while her on-screen partner Inigo Pascual pacified her.

And speaking of Ivy Aguas, Maja Salvador looked like she was bringing her character to the Star Magic Ball. Photos of her strange-looking at the side as Miss Universe 2015 Pia Wurtzbach did some poses also went viral online.