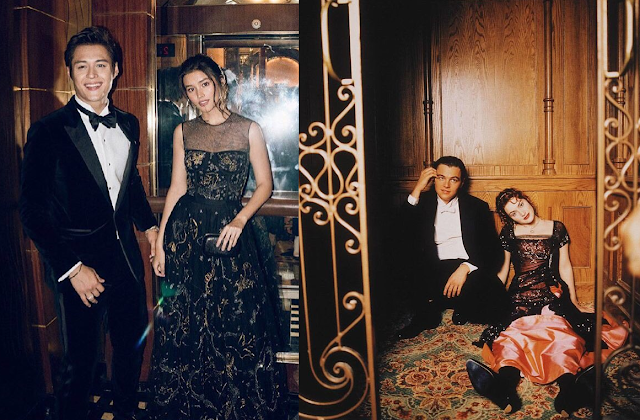 Enrique Gil and Liza Soberano shared a series of photos of them together after the Star Magic Ball on their respective instagram accounts, and fans couldn't get enough of it.

Enrique, who wore a Balenciaga suit, and Liza, who donned a simple yet classy black Dior gown, remind LizQuen fans of Jack and Rose from the epic movie 'Titanic.'


Some fans even tagged the two as the PH version of Jack and Rose as it gave them so much feels. And we couldn't agree more!