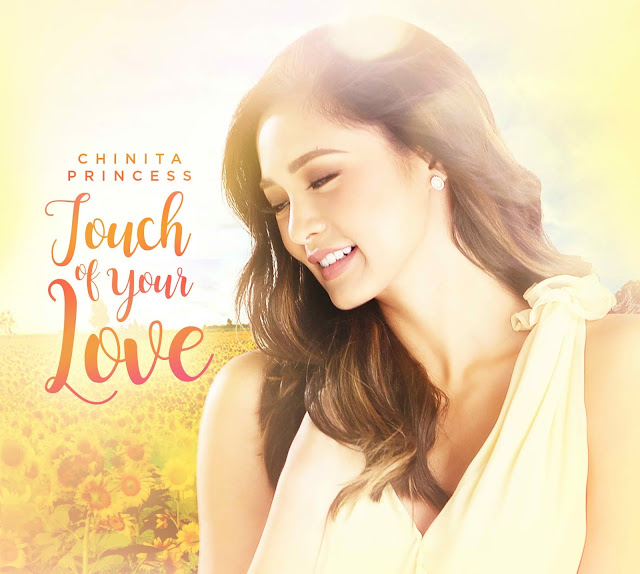 Kapamilya recording artist and actress Kim Chiu celebrates her eleven successful years in the industry with the launch of her new album under Star Music, “Chinita Princess: Touch of Your Love.”

The “Ikaw Lang Ang Iibigin” star has exceeded expectations when she ventured into making her own kind of music, and now, she is ready to prove her distinctive flair once again in her third album produced by Rox Santos.

Kim’s latest offering has five original tracks, with a bonus minus one track (song title). It is fittingly called “Touch of Your Love” as she explained in a recent “Magandang Buhay” interview. “All my songs here are about different types of love. There’s something on having a crush, on hoping to be adored in return, different touches of love,” she said.

Other tracks in her album are “’Wag Kang Makulit” composed by Nica Del Rosario and Hazel Faith, “Ipadarama” by Kiko Salazar, “Katok” by Jack Rufo and Yani Rufo, and “Yun Na, You Na” by Jungee Marcelo.

The female singer already has several chart-topping songs in her portfolio — “Peng Yu,” “Crazy Love,” “Falling For You,” and “Mr. Right.” “Gwa Ai Di,” her debut album that includes “Crazy Love,” achieved a gold record in 2008, and her hit song “Mr. Right” was cited as the “LSS Song of the Year” in MOR Pinoy Music Award 2016.

“Chinita Princess: Touch of your Love’s” album launch will be held on Thursday (Sept. 28), 7pm at SM City North EDSA – Skydome. She will be joined by Kaye Cal, Kisses Delavin, and other special guests.

The physical album, priced at P199, will be available first and exclusive at the launch and will be out on digital market after the show. The single “Okay Na Ako” is now available in digital stores worldwide. For more information, visit Starmusic.ph or follow Star Music’s official social media accounts at Facebook.com/starrecordsphil, Twitter.com/starrecordsph and Instagram.com/Starmusicph.
Others
Next article Next Post
Previous article Previous Post
‹ Newer Post Older Post › Home