VIDEO: Billy Crawford and Kris Lawrence almost get into a fight 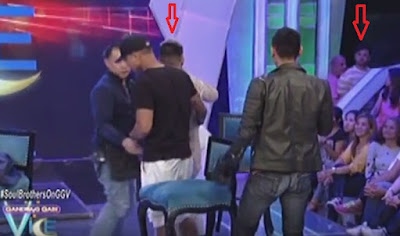 Billy Crawford and Kris Lawrence shocked everyone when they almost got into a fight while taping for 'Gandang Gabi Vice.'

It started when host Vice Ganda asked the two along with Jay R about how they tease each other. When 'elevator shoes' was mentioned, Kris got offended and asked Billy why he divulged it as it was an inside joke.

This led to heated exchange between Billy and Kris that almost got them into a fight.  The two eventually admitted that they were just making a prank on Jay-R.