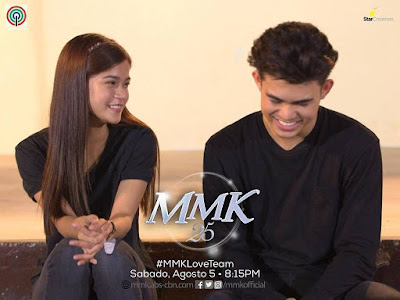 Maris Racal and Inigo Pascual team up for the first time on television and play campus couple whose relationship gets tested by distance and time this Saturday (July 31) on “MMK.”

Paired as a ‘love team’ in school, Allan (Inigo) and Lou Ann (Maris) got teased a lot by their friends and classmates. This paved the way for their feelings for each other to grow and for their relationship to level up from being friends to finally becoming lovers.

The two were inseparable even when they stepped into college. They had their share of ups and downs but managed to find their way back into love. Until one day, Allan needed to leave the country to work in Dubai.

Did the Allan and Lou Ann ‘loveteam’ survive this challenge?