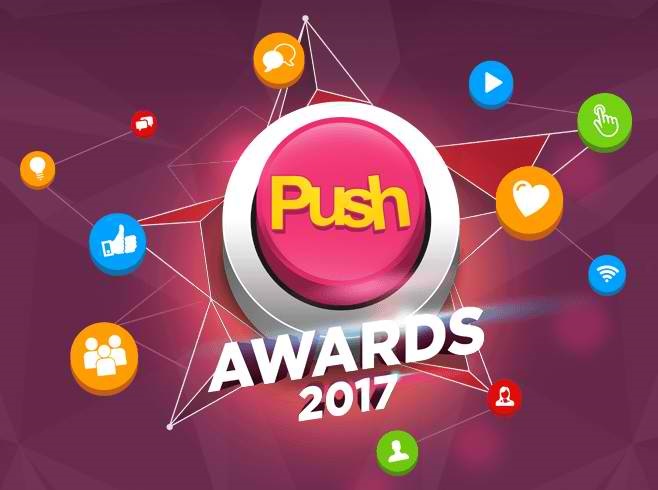 ABS-CBN’s entertainment website PUSH.com.ph is once again hailing the country’s top digital media influencers as it opens the third year of PUSH Awards with a new set of categories dedicated to Kapamilya stars.

PUSH Awards will open the voting to fans and reveal its complete list of nominees this Sunday (August 20) on PushAwards.com.

The most liked, most followed, most talked about, and most watched personalities on digital media are given recognition in the PUSH Personality categories composed of Male Celebrity,

Returning to recognize the top fan club that will actively show their trending support and overwhelming online love for their favorite stars is the PUSH Ultimate Fan Award, which will be awarded to the fan club that will generate the most number of tweets using their designated hashtag.

This year’s PUSH Awards also gets bigger as its awarding ceremony invades “ASAP Chillout,” the most star-studded online show viewed by fans all around the globe where the hottest Kapamilya artists will present the nominees and winners.

For two consecutive years, PUSH successfully brought together the biggest stars and the biggest fandoms in one stage to recognize them for their exceptional influence in the digital world and empower and engage fans through active digital participation.

It is one of the digital initiatives of ABS-CBN, the Philippines’ leading media and entertainment company, which is rapidly transitioning into an agile digital company with the biggest online presence among all media companies, and a growing list of digital properties.

Vote for your favorites on PUSHAwards.com and get your daily dose of entertainment news, information, and trivia by logging in to PUSH.com.ph.
TV Shows
Next article Next Post
Previous article Previous Post
‹ Newer Post Older Post › Home