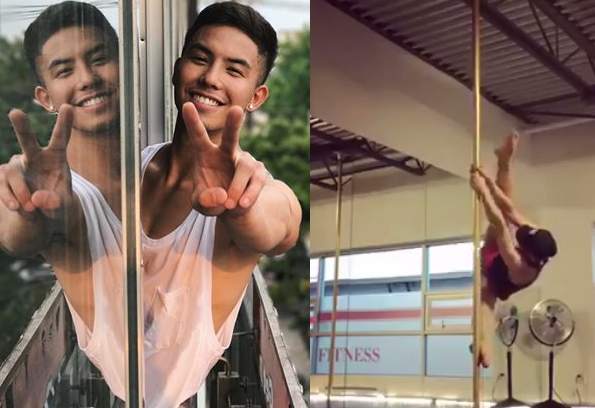 He can't just sing and act! Tony Labrusca impressed everyone as he showed off his pole dancing skills.


Tony first appeared in television on 'Pinoy Boy Band Superstar, a reality singing competition. Although he didn't make his mark, he landed in a different field where he also performs excellently- acting.

He plays as Jake Arguelles who is a close friend of Malia (Kathryn Bernardo) and the third wheel in the loveteam of Kathryn Bernardo and Daniel Padilla in 'La Luna Sangre.'