Kathryn Bernardo reacts on her viral photo with Jake Zyrus 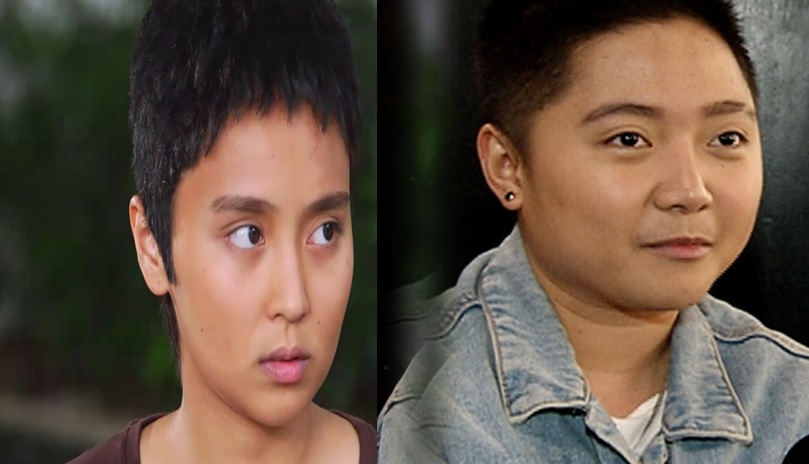 Kathryn Bernardo's new hair style in the top-rating primetime series 'La Luna Sangre' has drawn mixed reactions from the netizens. While some were giving words of appreciation for her dedication to her role, others likened her to singer Jake Zyrus (formerly known as Charice), who just underwent gender transformation, and even made memes about it.

The actress, who sported a boyish pixie cut hair as part of disguise, said that she didn't get offended by it. In fact, she's cool about it and laughs off when people say she could pass for a 'tomboy.'
Although she may look like a lesbian with her hairdo, Kathryn's very comfortable with her sexuality as she knows herself well enough.