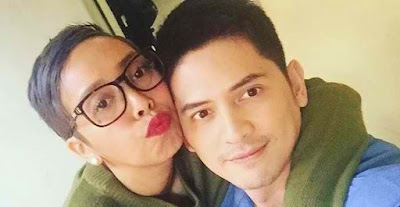 Actor Ahron Villena couldn't help but react on comedienne Cacai Bautista's recent statement who said she accepts the actor for who he is.
In a recent interview with the entertainment reporters, Cacai talked about her meeting with Ahron over dinner. She was asked if Ahron has introduced a 'special someone' to her.

This took the actor to his social media account, questioning how she was able to give such answer. He even denied that they had a romantic relationship

The two became the  talk of the town last year when their sweet photos together rounded on social media.

There are always two sides to every story. pic.twitter.com/QqTBj7aNe3
— ahron villena (@villenaahron) July 20, 2017