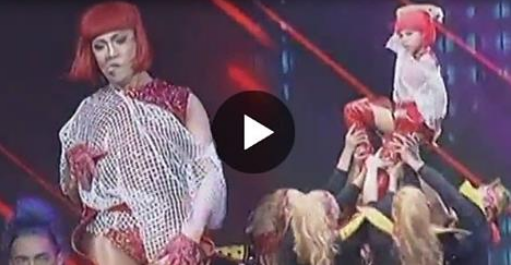 Vice Ganda and Awra made everyone laugh out loud during the former's fifth concert, ‘Pusuan mo si Vice Ganda: Nagmahal, Nasaktan, Nagconcert’ at the Araneta Coliseum on Valentine’s Day.

The so-called ‘muder and dowter’ had a segment in the concert wherein the two exchanged banters against each other.  The two also showed off their cheer leading routine after their comedic skit.