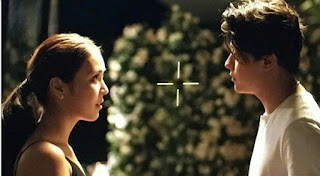 KathNiel fans need not to wait any longer as their upcoming projects finally got release dates.

According to a press release given by Star Magic during the kickoff event of their yearlong 25th anniversary, the upcoming fantasy series 'La Luna Sangre' and movie 'Can't Help Falling In Love' are slated to come out in April this year.

Aside from it, it was also revealed that Daniel's postponed concert at the Big Dome will happen this October.