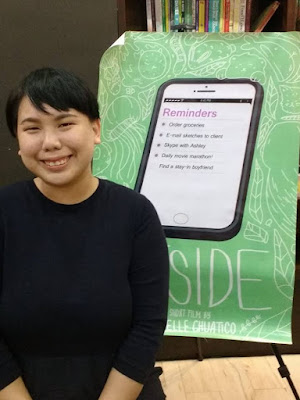 "Outside" ,a short film written and directed by Danielle Chuatico, is part of Cinemaone Originals Short Film Festival. It is also awarded in film thesis competition as Best Short Film, Best Screenplay and Best Editing in De La Salle Saint Benilde where she was taking up Bachelor of Arts in Filmmaking. 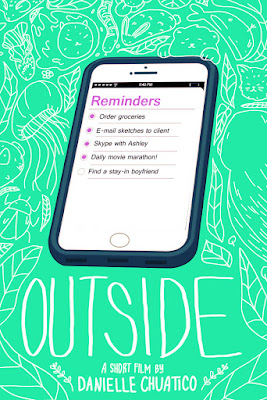 The short film "Outside" tackles about Agoraphobia, an extreme or irrational fear of crowded spaces or enclosed public spaces; a condition where sufferers become anxious in unfamiliar environments or where they perceive that they have little control.

Outside is the story about Jess, a 25-year-old illustrator, who decided to give love a chance. But to meet her online romance IRL, she must overcome her fear of the outside world.

Grab your ticket and watch "Outside" see the schedule below. 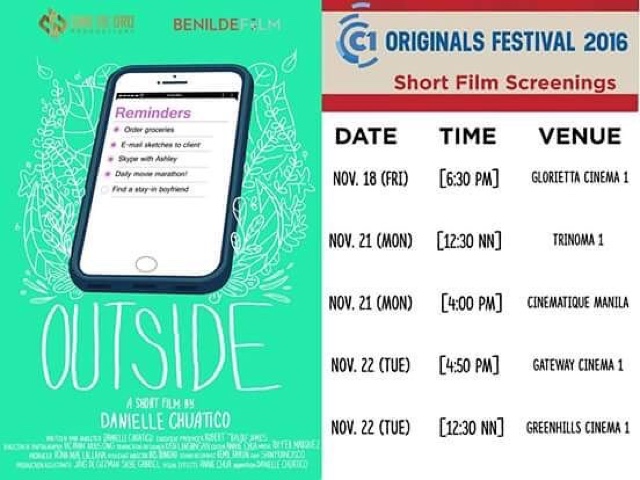 Danielle Chuatico talks about her short film "Outside"

Watch the "Outside" Trailer