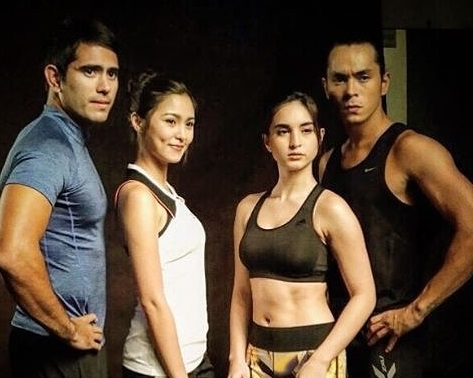 In a series of instagram posts on Monday, Dreamscape revealed about the TV project of the former loveteam, who last worked together in the 2012 rom-com movie '24/7 In Love.'

The series, which will mark as their TV comeback, will be directed by Dan Villegas. It will also star Coleen Garcia, Jake Cuenca, and Helen Gamboa.

Dreamscape has yet to announce the premiere date of the said series.


The cast of #IkawLangAngIibigin with Direk @dan_villegas
A photo posted by Dreamscape PH (@dreamscapeph) on Oct 24, 2016 at 4:35am PDT