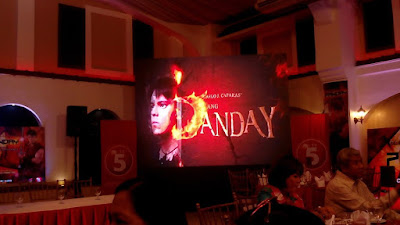 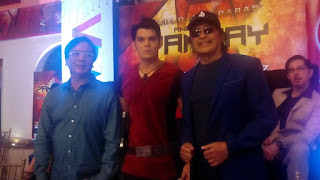 Richard plays the revered character of the Pinoy superhero Flavio, a blacksmith who rose to fame via four blockbuster movies headlined by the late King of Philippine Movies Fernando Poe Jr.
FPJ's "Panday emerged as top grosser in the 1980 Metro Manila Film Festival, which was followed by three more highly successful installments/

This year's TV remake on the Kapatid network, however, will have multi-awarded Mac Alejandre at the helm with the genius, Direk Carlo himself, acting as creative consultant of the project. 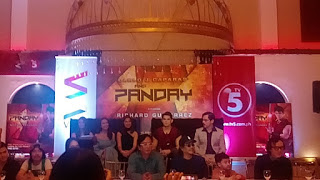 VIVA and TV5's "Panday" will trace Flavio's tale from birth to his adventures as a blacksmith who goes up against arch nemesis Lizardo and his evil cohorts with the use of his sword that has supernatural powers.

Direk Carlo says that in the modernized version, viewers will discover that Flavio is a foundling and that he has a brother.

His sibling is raised by bad elements while flaviois taken care of a priest.