Home Starring of the Day Jonalyn Viray is now a Kapamilya!

Jonalyn Viray is now a Kapamilya! 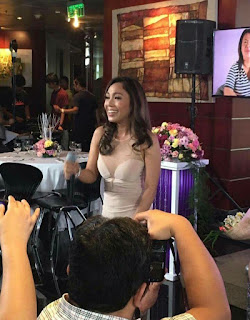 Kapuso singer Jonalyn Viray surprised everyone when she made an appearance at the presscon of ABS-CBN's newest primetime series 'I Will Survive'.

The 'Pinoy Pop Superstar' Grand Winner, who was introduced as the newest Kapamilya Star as Jona, was chosen to sing the  theme song of the said TV series topbilled by Pokwang and Melai Cantiveros.


Jonalyn became a freelancer when her contract with GMA Network expired last year.

Fans now anticipate that she will be performing on ASAP to showcase her singing prowess.