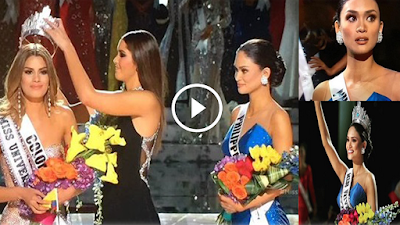 'I have to apologize'

Those were the words Miss Universe host Steve Harvey uttered after he mistakenly announced the winner of Miss Universe 2015,naming Miss Colombia as this year's winner of the said pageant.


Miss Colombia Ariadna Gutierrez-Arévalo emotionally took the crown, blew a kiss ,and performed the ritual wave to the crowd,but  the host immediately came back on stage and had an another surprising announcement.


Harvey,who had the biggest fail in Miss Universe history, called out Miss Philippines as the real winner of the prestigious pageant.

"Listen, folks. Let me just take control of this. ' he said while holding up the card showing the results to the camera.

'This is exactly what's on the card. I will take responsibility for this. It was my mistake. It was on the card"  he then explained.

Watch the most awkward crowning moment ever: