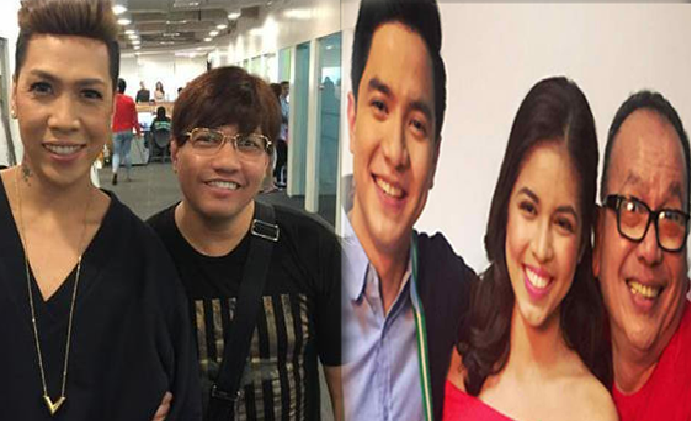 Direk Wenn Deramas couldn't help but air his anger via facebook after Direk Joey, My Bebe Love's director, took to his twitter account to tell everyone that the 'ticket swapping' issue was real.

In a tweet, Direk Joey said that the film's producer told him that there were fans who lined up to watch 'My Bebe Love' and  were given tickets to their closest competitor in terms of gross  in MMFF 2015.

Got word from producer:IT IS TRUE. Make sure that the title of the movie on YOUR ticket is what you want to watch.Beware of ticket swapping.
— Joey Javier Reyes (@DirekJoey) December 25, 2015

The 'Beauty and The Bestie' director was quick to response about the alleged issue, questioning the netizens who made up these stories just to throw negative impressions to their 'MMFF' entry. 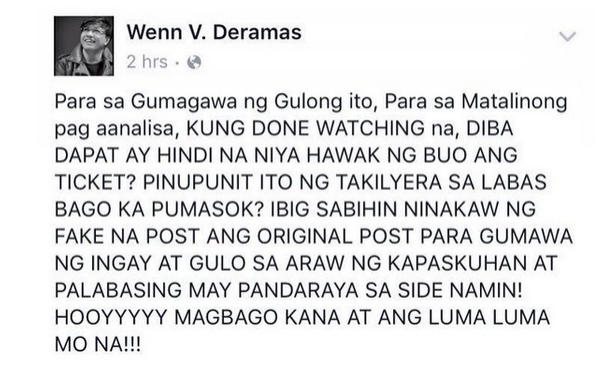