Home Starring of the Day Spotted: James and Nadine Get Into An Argument

Spotted: James and Nadine Get Into An Argument 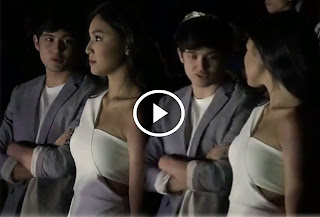 James Reid and Nadine Lustre were caught on a video having a little argument during the premiere night of horror-comedy film 'Wang Fam' on Tuesday, November 16.

In the clip, the 'On The Wings of Love' stars were seen arriving late at the event and James,who was in a bad mood, seemingly blaming his on-screen partner's dress for their tardiness.