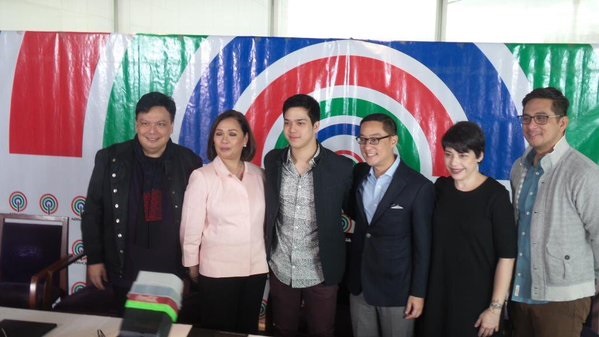 Elmo Magalona is now a certified Kapamilya as he signed a contract with ABS-CBN network and Star Magic today, November 26, 2015.

Elmo was accompanied by his mom Pia during his contract signing with the network.

In an exclusive interview with Push.com.ph, the son of late Master Rapper Francis Magalona remarked that he is ecstatic to be part of 'Kapamilya'.


"I can feel the welcoming hearts of everyone here. Well I think it's a real blessing because today is actually Thanksgiving Day and I think it's on point lang how it all happened today.I'm just so blessed and super happy," he said."


Elmo's first project is a TV series titled' Born For You, where he will be working with teen actress Janella Salvador.


Welcome to ABS-CBN and Star Magic @elmomagalona #WelcomeKapamilyaElmoMagalona
A photo posted by Star Magic (@starmagicphils) on Nov 25, 2015 at 9:08pm PST