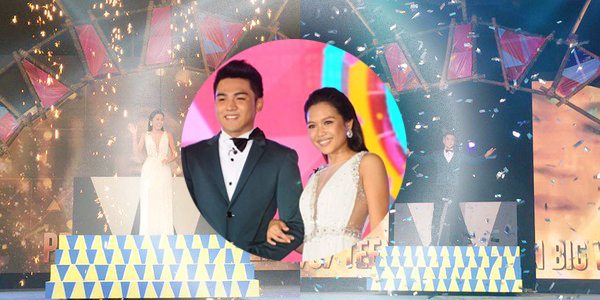 Jimboy Martin and Miho Nishida were named as teen and adult big winners of 'Pinoy Big Brother: 737',respectively, during the results night of the hit reality television show on Sunday,November 8, at the Albay Astrodome in Legazpi City.


The 'Barrio Rapper of Nueva Vizcaya' and  'Sexy Mommy of Japan' took home an Asian Tour Package, House and Lot, and a cash prize worth One Million Pesos each.

Jimboy got the highest percentage of public votes with  a total of 56.76% while Ylona got a 43.24%,making her as the first teen big placer.


On Saturday's episode,Franco Rodriguez and Bailey May were named as third and fourth teen big placers as they got 20.71% and 7.58% of votes,respectively.

Meanwhile, Roger Lucero and Dawn Chang were also declared as third and fourth big placers for adults for having the lowest percentage of text votes with 9.99% and 7.79% only.